Skip to content
We would love to hear from you
Pages
PRAXIS > Annual Praxis Week > Praxis Seminar: War in Tigray 4th April 2022 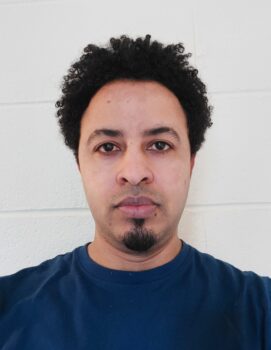 War in Ethiopia Causes, Impact on Civilians and Response of the International Community

Dr. Nick Chisholm was until March 2020 the Director of the Centre for Global Development & Senior Lecturer in International Development, Department of Food Business & Development, UCC.  He is currently on sabbatical.

Dr. Chisholm is the Academic Director of two teaching programmes in UCC: the BSc in International Development & Food Policy, and the joint MSc in Rural Development, delivered in collaboration with Mekelle and Hawassa Universities in Ethiopia, to Ethiopian rural development practitioners.

His research focusses primarily on two broad issues: food insecurity and hunger, and sustainable natural resource management.  He  adopts a holistic and multi-disciplinary perspective in his research, reflecting his disciplinary background in geography, agricultural economics and environmental studies.

His approach combines both applied and theoretical/conceptual work. Because he has been involved in practical international development work for almost 30 years, he has a strong applied focus in his research in the broad area of sustainable development: some of his research in Ethiopia has been operational research¿ which provides direct outputs for clients (resource-poor farmers).

Much of his research-related activity has also been focussed on strengthening institutional capacity of teachers and researchers in developing countries, particularly Ethiopia and the Philippines.

He has a particular theoretical and conceptual interest in complex development issues which occur at the intersection of different theoretical fields, for example the interaction of environmental economics, institutional analysis and bio-physical processes in the context of sustainable development.

With regard to food security analyses, he has been involved in a number of policy and programme reviews which have involved both primary data collection and extensive documentary review. Much of this work has been of an applied nature for the purpose of policy development at Government level and has fed in to Government of Ireland policy and programming on hunger and food security issues.

Temesgen Awoke has an MSc in Food Science and Nutrition. He has worked as a Researcher with the Ethiopian Public Health Institute since 2013, based in Addis Ababa.  He is currently studying for a PhD in the Department of Food Business and Development, UCC.

At the beginning of 2018, the four sister parties making up the Ethiopian People’s Revolutionary Democratic Front (EPRDF), the coalition governing Ethiopia at the time, investigated the drawbacks of the regime and concluded that they all bore responsibility for reforms where needed. Following this, Abiy Ahmed was selected as chairperson of the coalition and consequently prime minister of the state in March 2018.

· The government and its allies worked to alienate Tigrayans form other ethnic groups. Other Ethiopians were conditioned to accept any punishment actions against the

Tigrayans as legal and normal. In other words, Tigrayans were criminalised simply for being Tigrayan.

· While Tigrayans were illegally and unjustly detained since PM Abiy came to power this increased immeasurably after the onset of the war on Tigray in November 4, 2020. In October 2021, the state declared a state of emergency, which persecuted Tigrayans. Tens of thousands were detained and executed all over the country. https://www.hrw.org/news/2022/04/06/crimes-against-humanity-and-ethnic-cleansing-ethiopias-western-tigray-zone